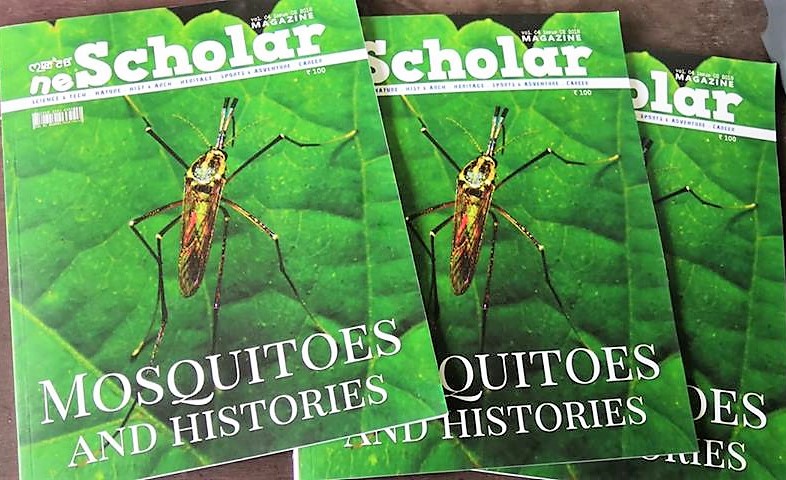 North East India is regarded mainly as an under-developed region, without much initiative and merely follows the other state. This is not so and an article highlights the first in various fields by the NE states in the country. Manipur and other parts of the region is an important battle field during WWII and in fact the Battle of Imphal and Kohima was voted in 2013 by the British National Army Museum as Britain’s Greatest Battle However, all the book written about the common men who faced the tragedy stoically. The impact on compensation for the losses during the war by the citizen after the merger of Manipur with the Union of India provides a glimpse of the lack of the rulers about the fate of the citizen in far flung areas.

Fishes play an important role in the life of the Meities and the significance of some indigenous species in the socio-cultural and the religious aspect of this community is highlighted in one of the articles. Similarly, the nachom, a posy, used by the Meities is discussed in detail in this issue. So of Thabal-chongba, a community dance of the Meities performed jointly by both the males and females and performed during Yaoshang (Holi) season. The history of the discovery of mosquitoes as vector of diseases like malaria, yellow fever, etc and the sacrifices by the men who carry out research on it is like a thriller and I do hope that our readers will not only learn the facts but enjoy it thoroughly.

The impact on the health of Bisphenol-A, a endocrine disrupting compound which is commonly found in carbonate plastics and epoxy resins is discussed in an article to make our readers aware about its impact on health. Many countries have banned this substance but India is one of the few countries which is yet to ban its use. In the series Know Your Universe, we bring you Neptune with stunning visual courtesy NASA. The series on the Medicinal Plants of the Northeast also continues.

The Knowledge Corner continues to bring to you the latest discoveries for your information. Manipur at one time was reported to be home to some rhinos; even though it is now a legend. There are still skulls of rhinos with some village chiefs in the hills which were reportedly killed by their forefathers. An article tries to decipher these legends. Kheechdi or khechri in Manipuri even though the materials used in other parts of India and Manipur are similar, the method of preparing and the taste differs widely and recipe is included.This is most appropriate as in Manipur it is during the Kang Chingba (Rath Jatra) that this savoury is served on lotus leaves, imparting a delicious and unique aroma.

A Glance at the latest issue Manipuri Queens in Tripura